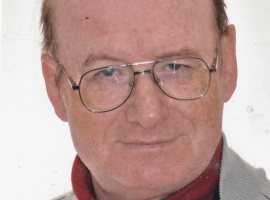 Dr, Michael Damian was born in 1954 in Romania. He studied composition and conducting at the Bucharest National University of Music with A. Vieru and J. Conta. Shortly after he immigrated to Israel in 1983 he became a member both of the Israeli Composers League and of ACUM. His compositions have been performed in Romania (Bucharest, Jassy, Ploiesti, Satu-Mare), Germany (Muenster, Leipzig, Heilbronn), U.S.A. (Boston), Japan (Yokkaichi, Tokyo), Italy (Pescara), Bulgaria (Plovdiv), Russia (Novosibirsk) and Israel (Tel-Aviv, Haifa, Jerusalem, Rishon le-Ziyon). Damian received the  Clairmont Award in 1985, the Prime Minister Award in 2004, the ACUM Award in 2011, the  Mark Kopytman  Award in 2013 and the First Prize at the Central International Composition Competition- Malta in 2018.

In 2002 Michael Damian received his PhD in musicology and composition from the Bar Ilan University. Subsequently he was invited to give lectures and talks in various locations across the country.

Michael Damian is also an experienced conductor, who has led the Jerusalem Symphony Orchestra IBA, the Haifa Symphony Orchestra, the Ile de France Symphony Orchestra and various ensembles in Israel and abroad. Of his many performances conducting Israeli works, several have been recorded by IBA's Voice of Music channel and received critical acclaim.