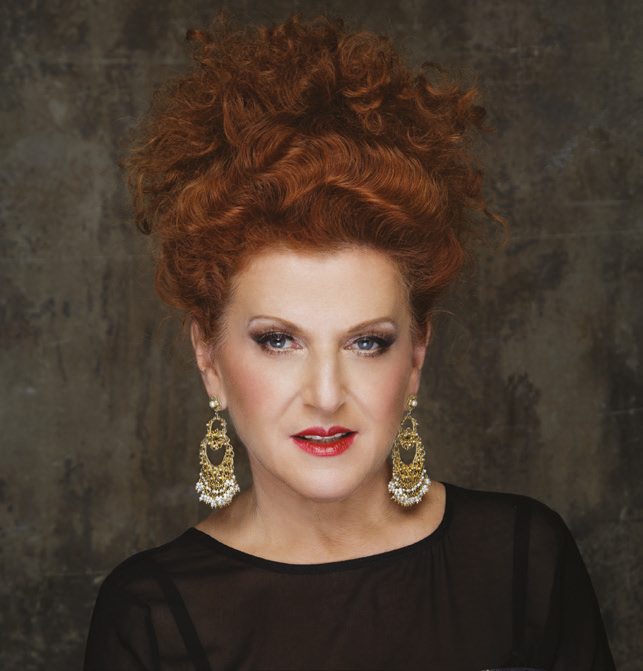 The composer Stella Lerner studied musicology and philology in her native Russia and graduated with honors. Since her immigration to Israel in 1990, her works have been performed and recorded by Israel’s finest artists, received critical acclaim, and presented in major concerts of the Israeli Music Celebration (an annual festival of Israeli art music), which ordered and premiered versions of her songs for voice and symphonic orchestra. Her music is performed in Lieder and chamber music recitals in Israel and abroad, and forms part of the repertoire in vocal departments in music academies, masterclasses and international singing competitions. They are also played frequently on Israeli classical radio.

Lerner’s unique musical interpretations of Leah Goldberg’s poetry were introduced to the public in a special event commemorating Goldberg’s centenary in 2011, featuring some of Israel’s finest performing artists. This event first established Lerner’s position as a major composer of Hebrew Lieder.

Stella Lerner's work appears on the CD Forever to Remember by the American record label Romeo Records. Reviews of the CD appeared in professional journals in London and New York, where Lerner's work were singled out for specific praise.

In 2016, the Israel Music Institute released the album Stella Lerner: Poetic Songs, presenting a selection of her Hebrew Lieder sung by Sharon Rostorf-Zamir, with pianists Hagai Yodan and Victor Stanislavsky, clarinetist Jonathan Hadas and other musicians. Alongside the album, IMI also published many of Lerner’s settings of Leah Goldberg’s poetry, in an edition which included singable translations to English.

Lerner’s music also received international acclaim. In 2018, Oxford University dedicated a special event to her songs (as part of the University’s “Oxford Song Network: Poetry and Performance” series). The event included a recital of her Goldberg Lieder, sung both in Hebrew and in English with Sharon Rostorf-Zamir and Marc Verter; and a symposium with literary scholars Prof. Adriana Jacobs and Prof. Philip Bullock, the translator Dr. Avshalom Guissin, and the literary scholar and musicologist Prof. Harai Golomb. Lerner’s songs also received a prominent role in three concerts in the international festival “KOL – Jüdische Musik” in Germany, and in a series of recitals in Lithuania with   soprano Asta Kriksciunaite, among others.

While Lieder remain central to her output, her music encompasses a variety of styles and genres, ranging from jazz standards, Jewish liturgical music to musical monodramas for actress and piano. Her work The Scroll of Aaron for voice and piano tiro, inspired by the work of the late linguist Prof. Aharon Dolgopolsky and commissioned by Tsippi Fleischer (Dolgopolsky’s widow), will be premiered by the Atar Trio at the Jerusalem Music Centre and at Ha-Teiva in Tel Aviv.

Lerner’s monodramas for actress and piano, also published by IMI, receive unique interpretations by actress Michal Bat-Adam and singer-pianist Hagai Yodan, in their joint project If I were Music. This project was presented during the last two years at the Bialik Library, at the Buchmann-Mehta School of Music’s subscription series, and at other venues. The Israel Music Institute is releasing a CD album dedicated to this project.

In addition to her artistic activity, Lerner developed a unique method for employing music in special education, based on creating “musical portraits” that express the child’s unique emotional world. Her therapeutic approach received professional recognition. Her study Musical Portraits as a Therapeutic Tool was introduced in several academic forums, and she was invited to present it in two conferences of the Israel Musicological Society (2009, 2016). A research paper entitled “Stella Lerner’s Method of 'Portrait Songs'", by Dr. Rivka Elkoshi (in print), explores the important educational and therapeutic contributions of Stella Lerner's original "portrait songs" to the fields of special music education and music therapy.