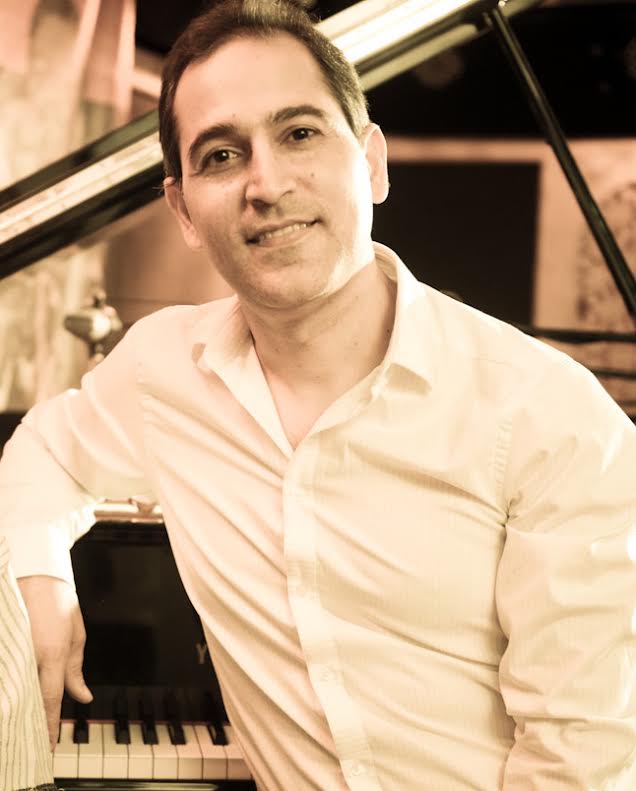 Dr Yitzhak Yedid, an Israeli-born composer, amalgamates in his music his ancestral Syrian- and Iraqian-Jewish cantillation, Israeli East-West encounters, European and American avant-garde compositional techniques mixed with free jazz ones, and selected Australian influences, all infused with his insights as a concert pianist and improviser to create an experimental, highly expressive yet alluring modern style. Yedid’s music is therefore multi-ethnic, multi-cultural, and consequently, transnational.

A son of a Syrian-Jewish father and a Iraqi-Jewish mother, Yitzhak Yedid not only absorbed the Arabic-influenced synagogue cantillation he heard as a child, but unlike most of his peers, almost all of whom were trained exclusively in the Western tradition, he thoroughly integrated his ancestral foundation into his music. As a pianist and improviser in such diverse styles as the Western avant-garde, Mizrahi (Jewish-Arabic) art music, and free jazz, his compositions achieve a true synthesis which grants equal significance to these cultures and, moreover, draws on them for inspiration. While the Western culture dominates, the Arabic musical elements are both essential and pivotal in many of his works.

Yedid studied piano at the Jerusalem Academy of Music and Dance under Vyacheslav Ganelin. He continued his schooling at the New England Conservatory, where his influential teachers were virtuosi piano improvisers Paul Bley and Ran Blake, and earned his PhD from Monash University in Melbourne in 2012.  A recipient of multiple awards, Yedid received  of the top prizes in Israel for composers and performers: the Prime Minister’s Prize for Composers (2007), and the Landau Prize for Performing Arts (2009). In Australia, where he lives, he is a Sidney Myer Creative Fellow (2018-19) and composition and piano lecturer at the Queensland Conservatorium Griffith University.

Yedid is an experimental, performance-oriented pianist, and improvisation is an integral part of his notated works. “Third Stream,” a 1957 term coined by composer Gunther Schuller (1925-2015) to indicate a musical style that synthesizes classical music and jazz, captures Yedid’s style. Yedid also cites Lukas Foss (1922-2009), for whom the division between composition and performance is nonsensical, and with whom Yedid identifies:  “My own response to this observation by Lucas Foss consists of understanding improvisation as a meeting point between composition and performance. In other words, the inclusion of improvisation into my music aims to build a bridge between composing and performing.” The improvised, transient character of some of his pieces, common in both jazz and Arabic art musics, exhibits stages of constant development, creativity, and ingenuity. Revelling in his joy as a concert pianist, he is “attached to the stage, to the audience.”

Yet unlike most Western composers, Yedid divides his works – orchestral, chamber, and vocal alike – into two distinct groups, clearly reflecting his identity as a composer-performer: those written for Western classical musicians, and those he composed for performers who have proficiency in the performance of Arabic genres and who also can improvise in these and other genres, such as Jewish styles and free jazz. Given its size and ubiquity, he seems to compose more for the former group, but some of his significant compositions belong to the latter. Notable among his Arabic-inspired works are two works composed in the 2000s, Myth of the Cave (clarinet, bass, piano, 2002), one of the most successful of his early works, and his multistylistic Oud Bass Piano Trio (2005). Among his works for Western performers, Out to Infinity (solo harp, 2008) and Visions, Fantasies, and Dances (2009) are saturated with Arabic maqamat (modes or scales), but do not require the performers to have any substantive knowledge of Arabic music. The principles of the taqsim and mawwal (Arabic improvised forms) are at the foundation of core parts of these works, even in the sections in which the melodic materials he chooses are not related to the maqamat.

Yedid’s works were played in some significant new music festival in Europe, Israel, Australia, US and Canada. He performs as a soloist, and collaborates with musicians from diverse backgrounds, in festivals and venues across Europe, Canada, the USA [including the Carnegie Hall (New York), Jordan Hall (Boston) and Benaroya Hall (Seattle)], Asia, and Africa. Over 40 of Yedid's commissioned works have been premiered since 2005.